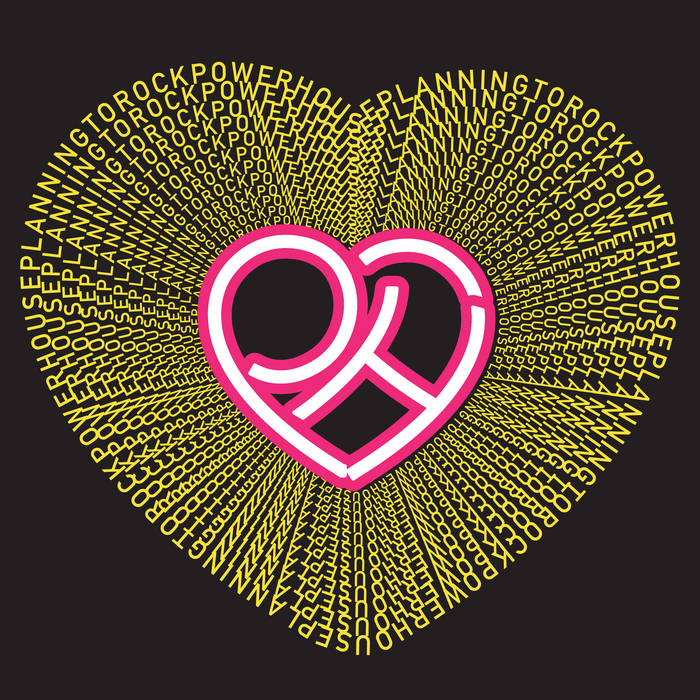 lo?t apar/men/ the Sound of Touched by Love and Power Favorite track: Much to Touch.

W, Planningtorock’s critically acclaimed 2011 debut on DFA, revealed a visionary and politicised producer. It offered up deeply queered art-pop – tense, atmospheric dance music cut with classical flourishes, and spell-binding androgyny. But it was 2014’s All Love’s Legal (“a masterclass in left-of-centre dance music”, Mixmag), released on Rostron's own imprint Human Level, where Planningtorock, with banner-ready slogans (‘Patriarchy Over And Out’, ‘Let’s Talk About Gender Baby’), revealed their ability to combine pop-oriented music with a political message. Powerhouse offers up something infinitely more personal: emotionally-charged, biographical anthems drawn from Rostron’s lived experiences as a non-binary genderqueer artist, experiences around family, identity and music itself.

Powerhouse was written and recorded across Berlin, London, New York and Los Angeles. It comes couched in the precision-tooled synths that have become Rostron’s signature, though critics and fans will hear a subtle, ear worm-y shift in style here: from the Noughties US r&b swagger of ‘Transome’ and the bubbling oldschool ‘90s house of 'Beulah Loves Dancing' and ‘Non Binary Femme’, to the funky, flute-laced ‘Much To Touch’ (the only track on Powerhouse to feature a co-producer, long-time friend and collaborator Olof Dreijer of The Knife).

The striking, pitched-down vocals that shook fans of W are as radiant as ever on Powerhouse. It was pitching that gave Rostron’s then-hidden inner self an authentic, external voice; and it was pitching that enabled them to come out, beginning “this long, complex and very much still evolving process of living their non-binary genderqueer self”. For Rostron, pitching became the sonic embodiment of taking T (testosterone). Listen closely, for example, to the lyrics on W’s ‘Doorway’ and you’ll see a through-line connecting that song with the refrain on Powerhouse’s ‘Jam of Finland’:  “I feel a transformation in me / All those empty spaces in me / Are filling up with me…”

Ultimately, Powerhouse is a celebration of liberation, a groove-filled record that sees Rostron consolidating power both personal and artistic.

"An undeniably emotional and intimate game-changer... Rostron has never sounded so raw and inventive... 7/10" - Exclaim!
exclaim.ca/music/article/planningtorock-powerhouse

Bandcamp Daily  your guide to the world of Bandcamp

Cannibal Corpse's George "Corpsegrinder" Fisher stops by for an interview